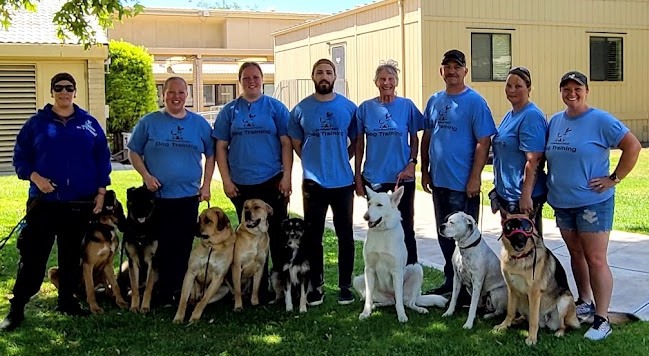 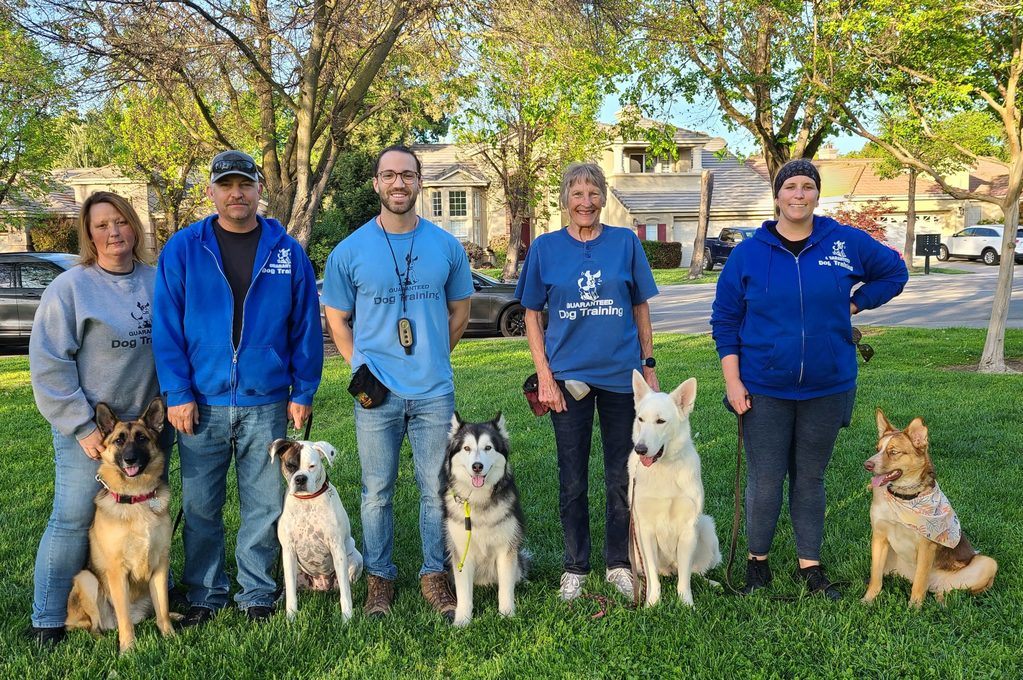 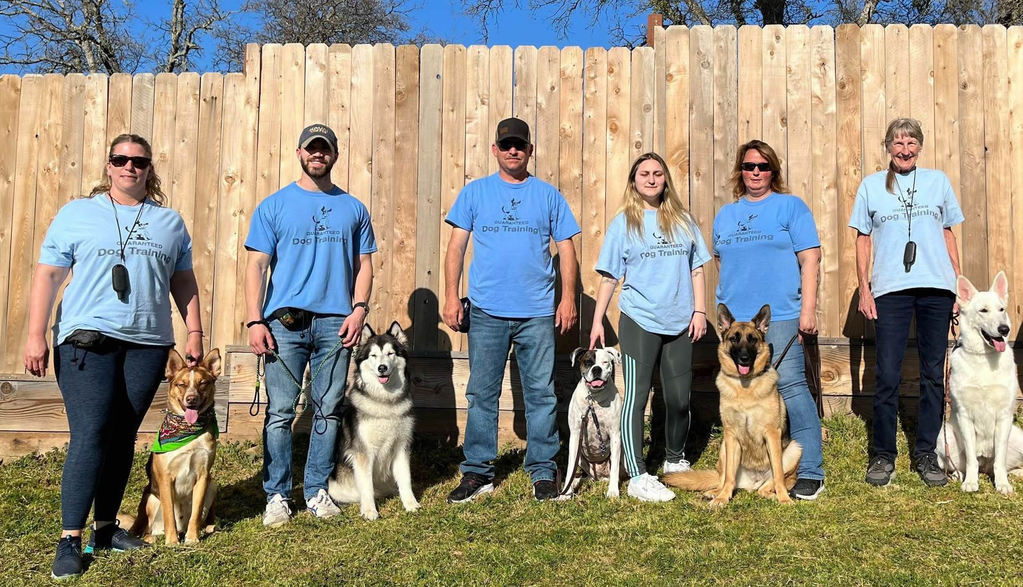 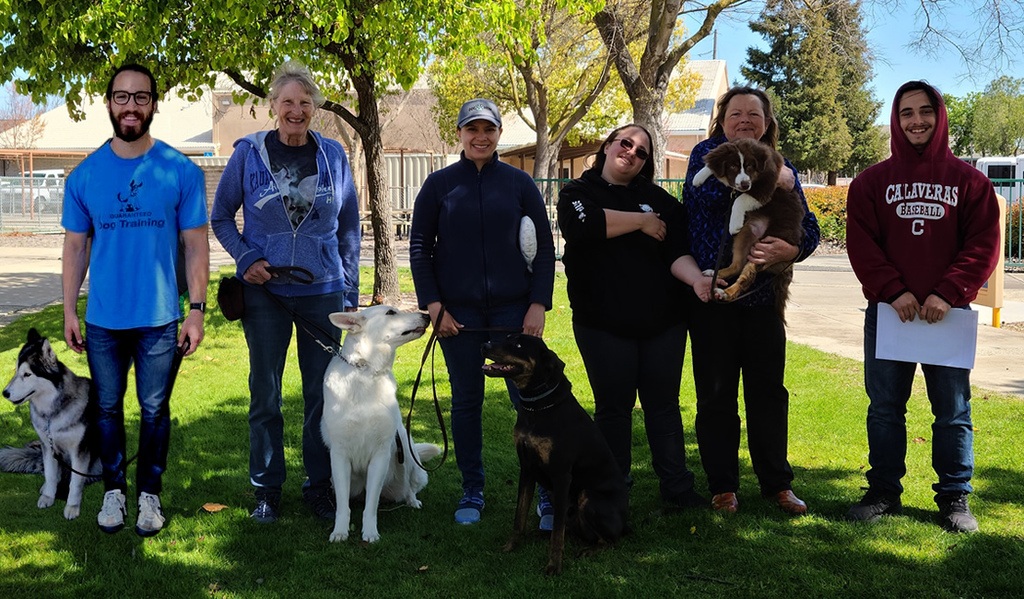 Janet has been mentoring capable people to help with dog class though-out the years, teaching them the special methods to teach at dog class and how to solve difficult dog problems. Now after years of training, she has put together a great ‘Dog Training Team’ for you.

Janet started the dog training business, Guaranteed Dog Training, in April of 1975 in Fresno CA then moved the business to Stockton in 1980. When she moved to Stockton, her mother, Marion MacDannald, learned how to train and assist with the classes and then later teach classes.

This business has several avenues of services:

Janet and Marion have shown dogs in obedience and have won many first place ribbons and trophies. Janet has received titles such as ‘DOG WORLD AWARD', ‘HIGHEST SCORING DOG IN NORTHERN CALIFORNIA' and ‘SEVENTH HIGHEST SCORING DOBERMAN IN THE NATION'.

Janet and Marion have been to many seminars with top dog trainers from all over the country and have learned all the new methods; the ones that are good were incorporated into the classes.

Marion has passed away March of 2010. She will be deeply missed by all. 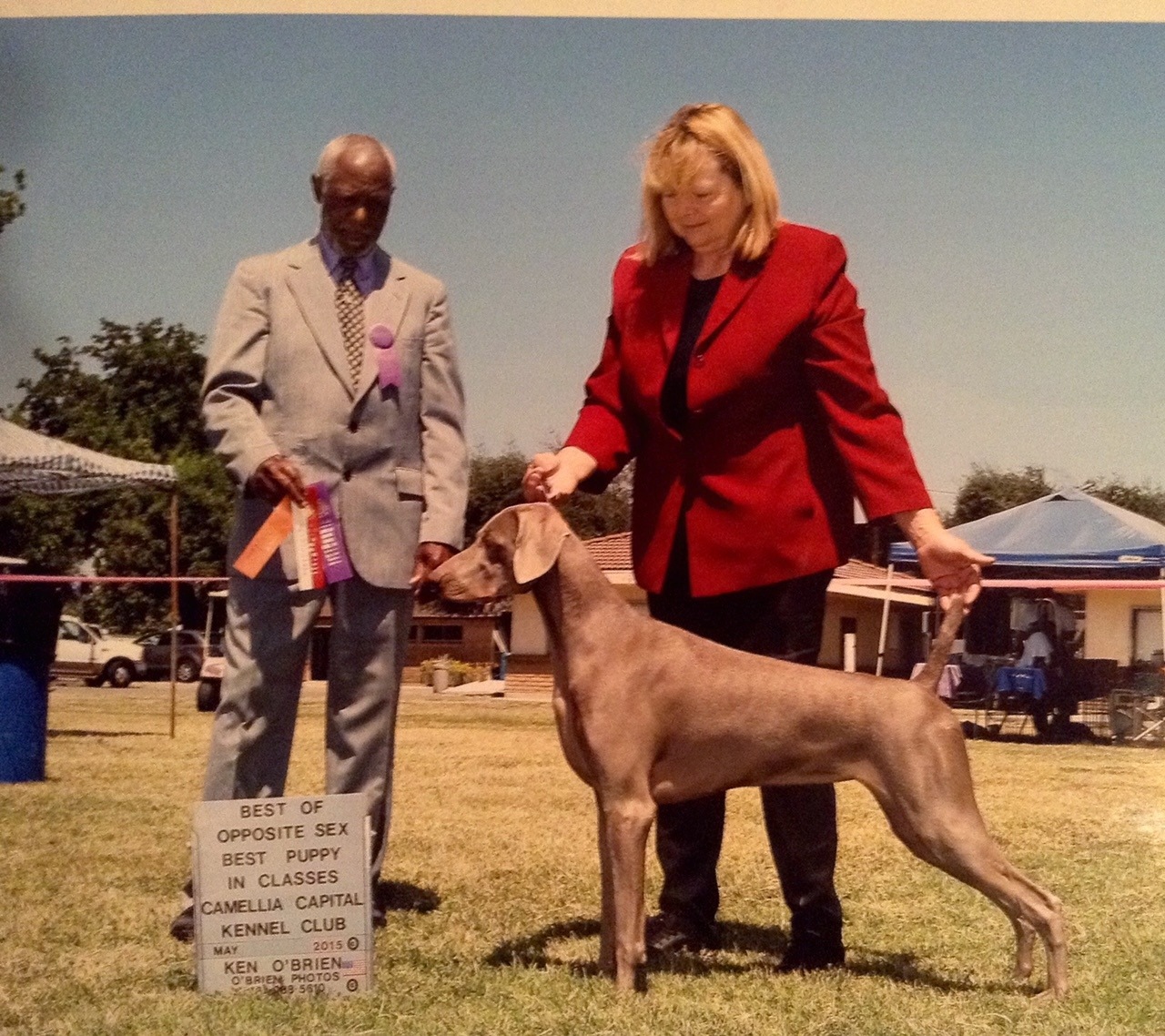 Linda has been mentoring, assisting and teaching dog classes. Showing young people methods to teach at dog classes and how to solve difficult dog problems is something she is proud of.

From the age of three, Linda grew up with Dobermans and Boxers and was her father’s right hand at dog training and with his Security Dog business.  She learned how to train and assist her father and then later teach classes.

Growing up the child of a dog trainer, she learned many day to day things that she shares in her classes today. In 1970 Linda began training with trainers from Germany, Jerry and Joanne Smith and branched out with a line of obedience and show ring Dobermans. Through the years she has owned Dobermans, Rottweilers and Weimaraners and still actively breeds, competes and shows today. Earning many AKC titles and accomplishments, Linda now shares that experience. 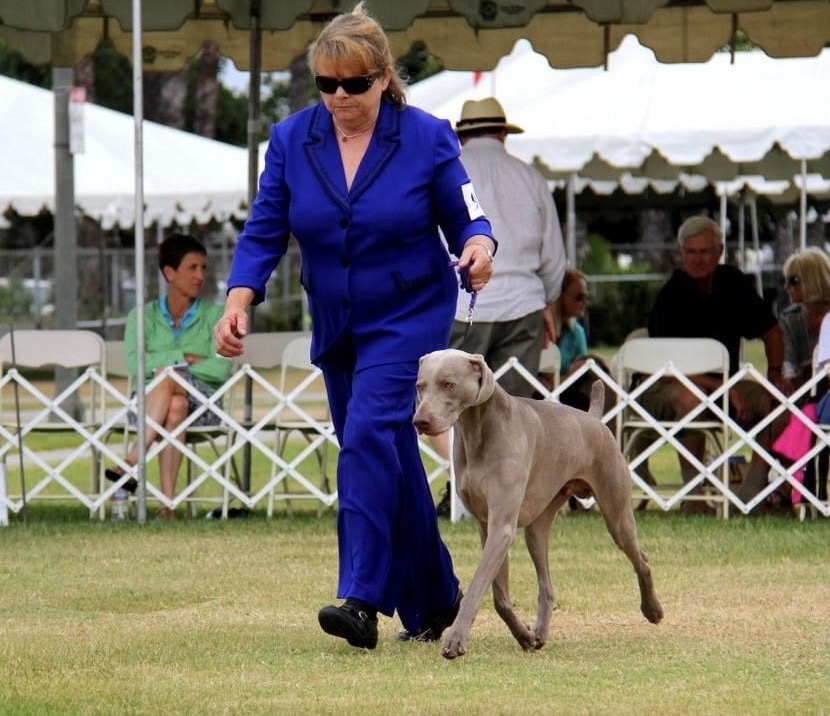 All of Linda’s personals dogs hold AKC Champion and Grand Champion titles as well as National ranking and International titles. Many of her dogs have multiple competitions, performance and hunt titles as well.

Linda believes in continuing education and has been to many seminars with top dog trainers from all over the country and has learned many new methods. 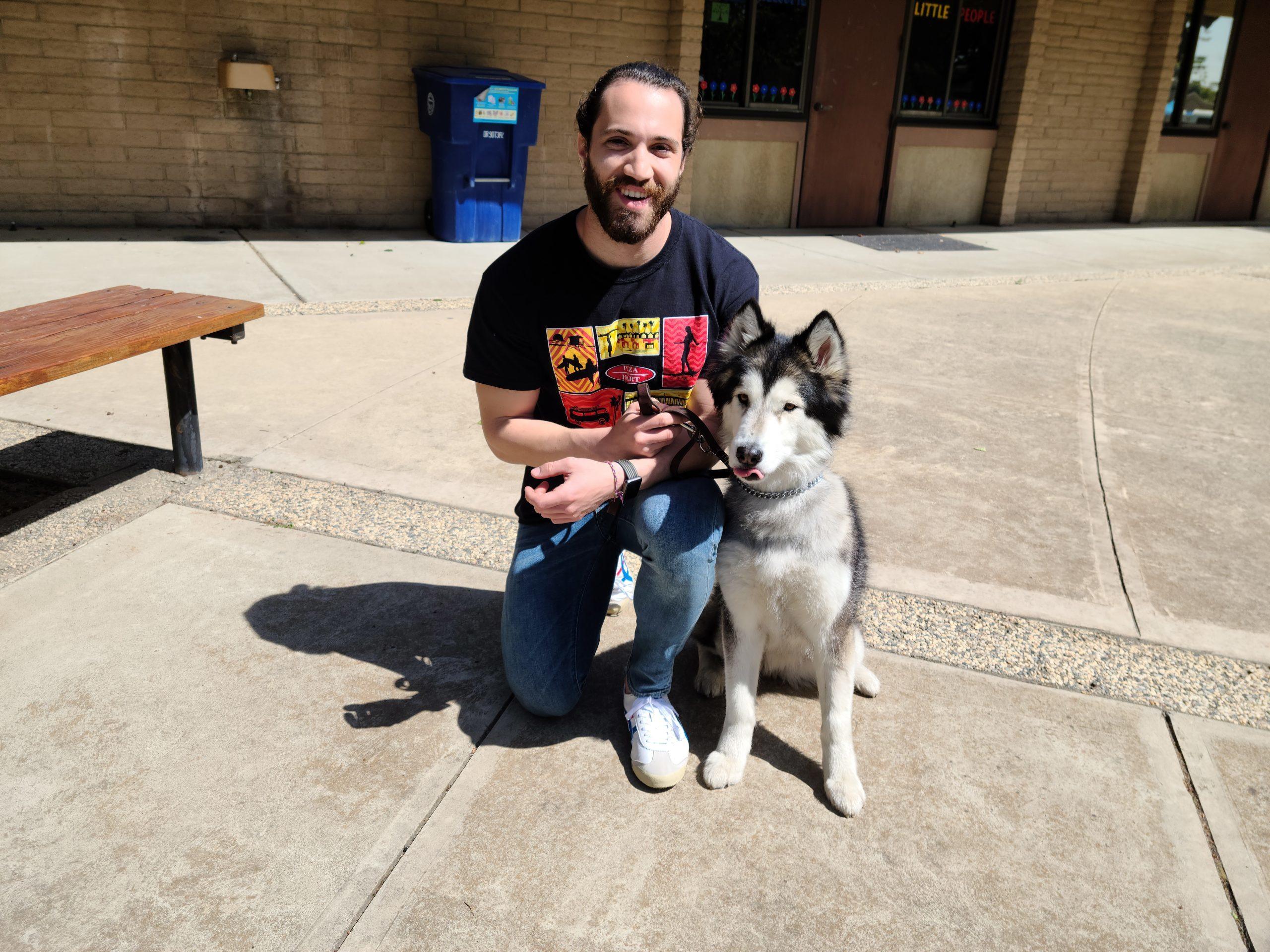 JoseLuis has been a lover of dogs all his life. He was first introduced to dog training 19 yrs. ago in 2002. His family had a difficult dog back then and began attending classes with Guaranteed Dog Training.

His family's dog was a wonderful but handful of work. She was dog aggressive, exhibited dominant behavior with children, and was an escape artist. His family turned to Guarantee Dog Training and the journey began.

No one would have predicted that this difficult dog would take JoseLuis and his family through not only beginning and advanced obedience but also agility!  He and his family went on to adopt two more rescues and train them through Janet’s classes as well.

JoseLuis has used the lessons he learned at an early age from Janet and the team at Guaranteed Dog Training to properly train and care for all of his dogs.

Today JoseLuis has a new dog Maya, a Husky. His dedication to learning and working with Janet as his
Mentor has helped his talent to train grow. He is committed to learning and sharing. Always humble, curious and seeking knowledge from other trainers makes him a quiet force and an asset to the team.

Dog training is his passion and JoseLuis admits that although his journey has been almost his entire life, it really has just begun.

Little did she know at the time, but, twenty-two years ago Debbie’s venture into dog training became a life long journey. Starting with King, her English Mastiff, they completed basic obedience with Guaranteed Dog Training and loved it!  So much that Debbie started helping Janet at classes for the next six years.

The second part of her journey led Debbie to rescue and fostering dogs.  Incredible learning experiences began to happen as she worked with many different breeds, personalities and behavior problems over the years.

Now she is back helping, training and working with Janet at Guaranteed Dog Training. Debbie now has three dogs of her own, a German Shepherd and two English Mastiffs.

It is very fulfilling for her to see how the dogs and their owners that are in obedience class progress each week.  Debbie is also working with agility classes and other diverse training classes that Guaranteed Dog Training offers.

Debbie is very knowledgeable, capable and experienced in many types and phases of dog training and is truly an asset.  We look forward to watching her journey and working with her.  So glad she is part of the GTD team! 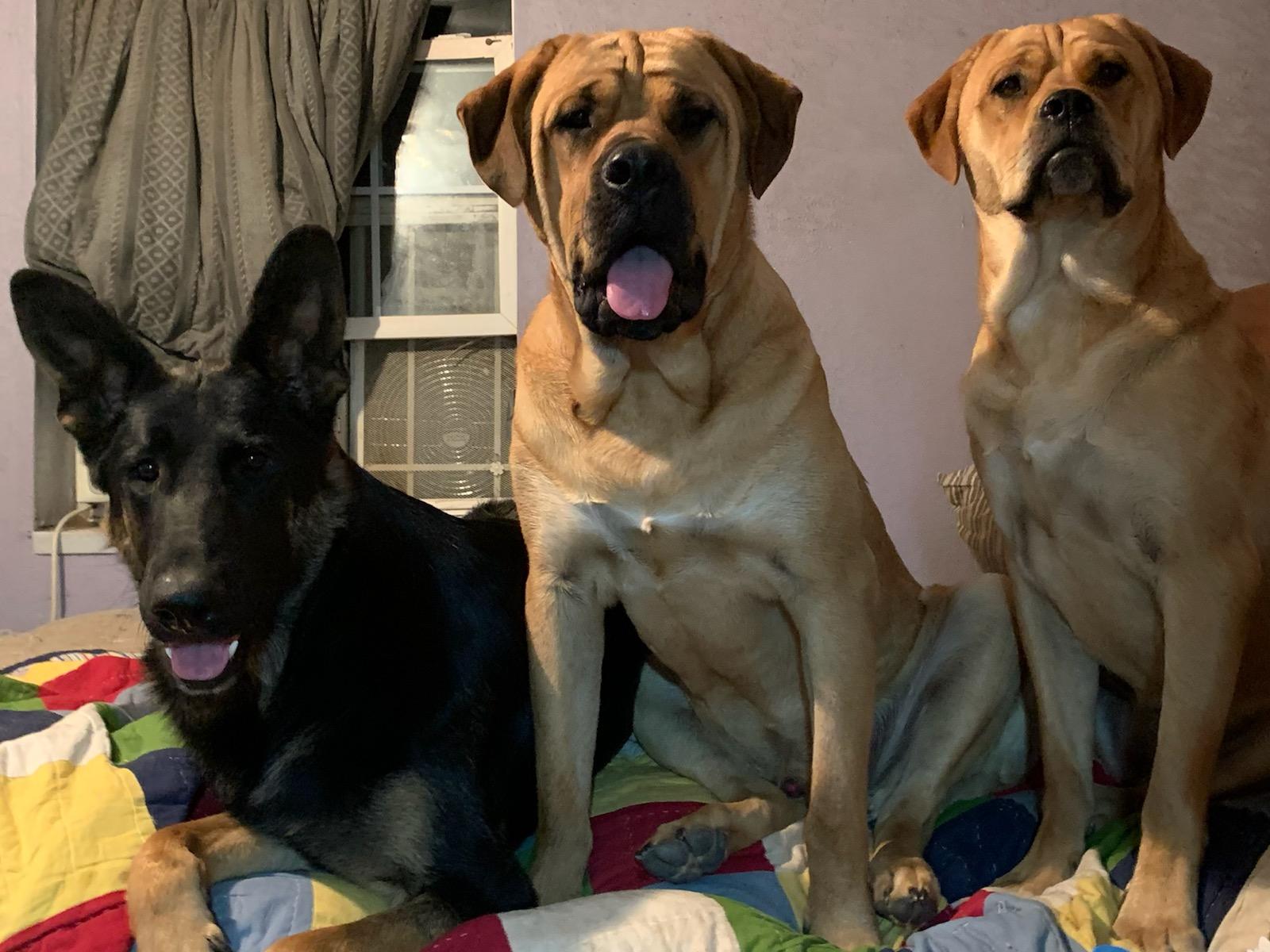 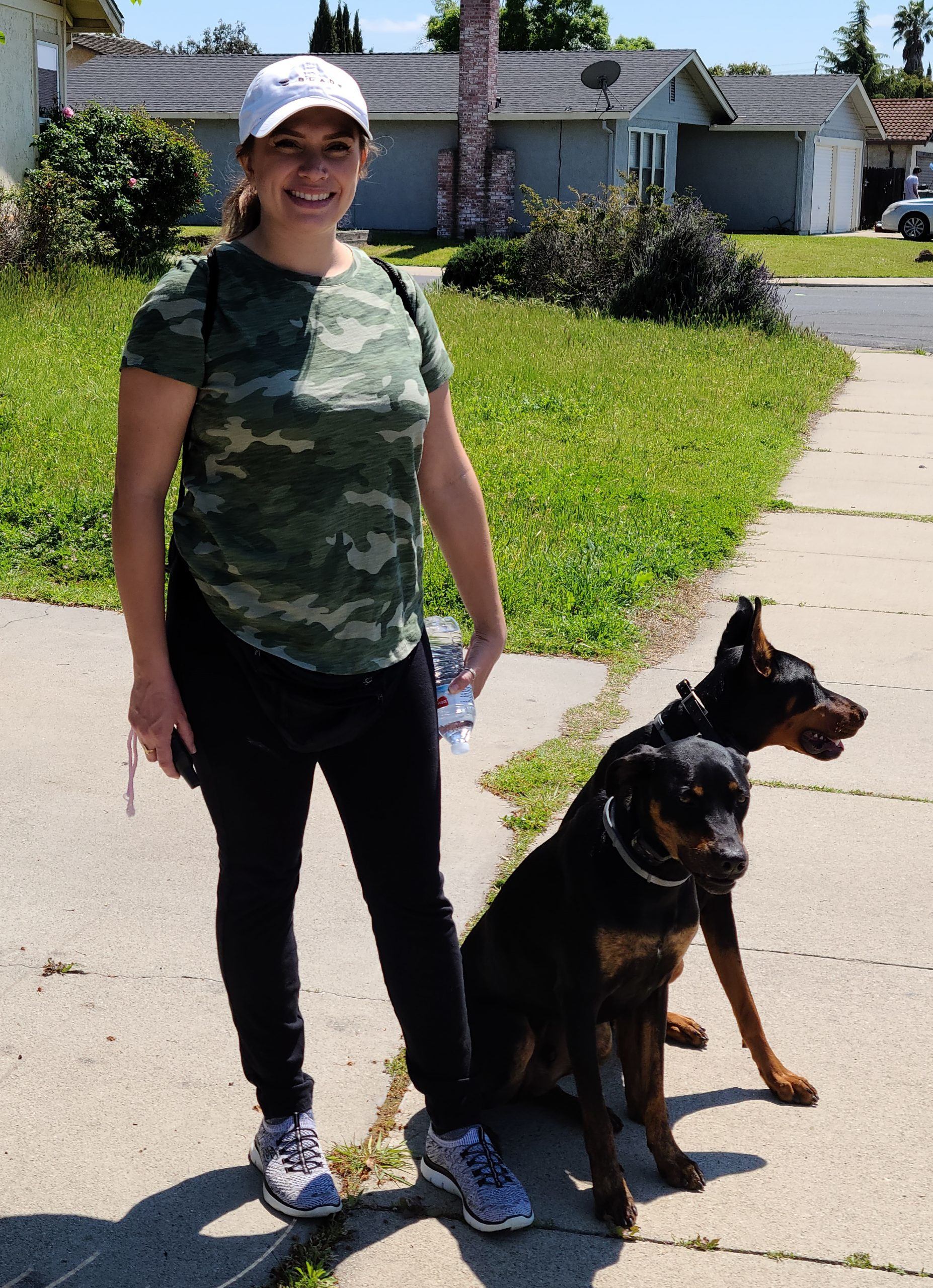 Being raised around dogs and other animals of all sizes, Mia was no stranger to pet ownership when she got her first Doberman in 2017.  Little did she know her path in life was about to change.

Seeking assistance for training this unruly pup, she met Janet at Guaranteed Dog Training. With a lot of help, training and mentoring, this challenging pup evolved into the best trained pet and companion that Mia has ever had.

Through the stages of training and work (and making progress) with him in Janet’s classes, it was apparent that Mia loved what she was doing and doing what she loved. She had a knack for the work and was approached by Janet to be mentored and trained herself to be part of Guaranteed Dog Training.

Mia’s passion for dog training became clear and she continued to be mentored by Janet and helped in teaching classes through the process.  Always eager to help, her goal is to keep families and their dogs together.  She says helping people learn to train their dogs to become good citizens is very rewarding.

To take her passion even further, Mia has enrolled in classes to become a registered Vet Technician with aspirations to become an animal behaviorist. Towards the goals she is currently working in a Veterinary Emergency Hospital. 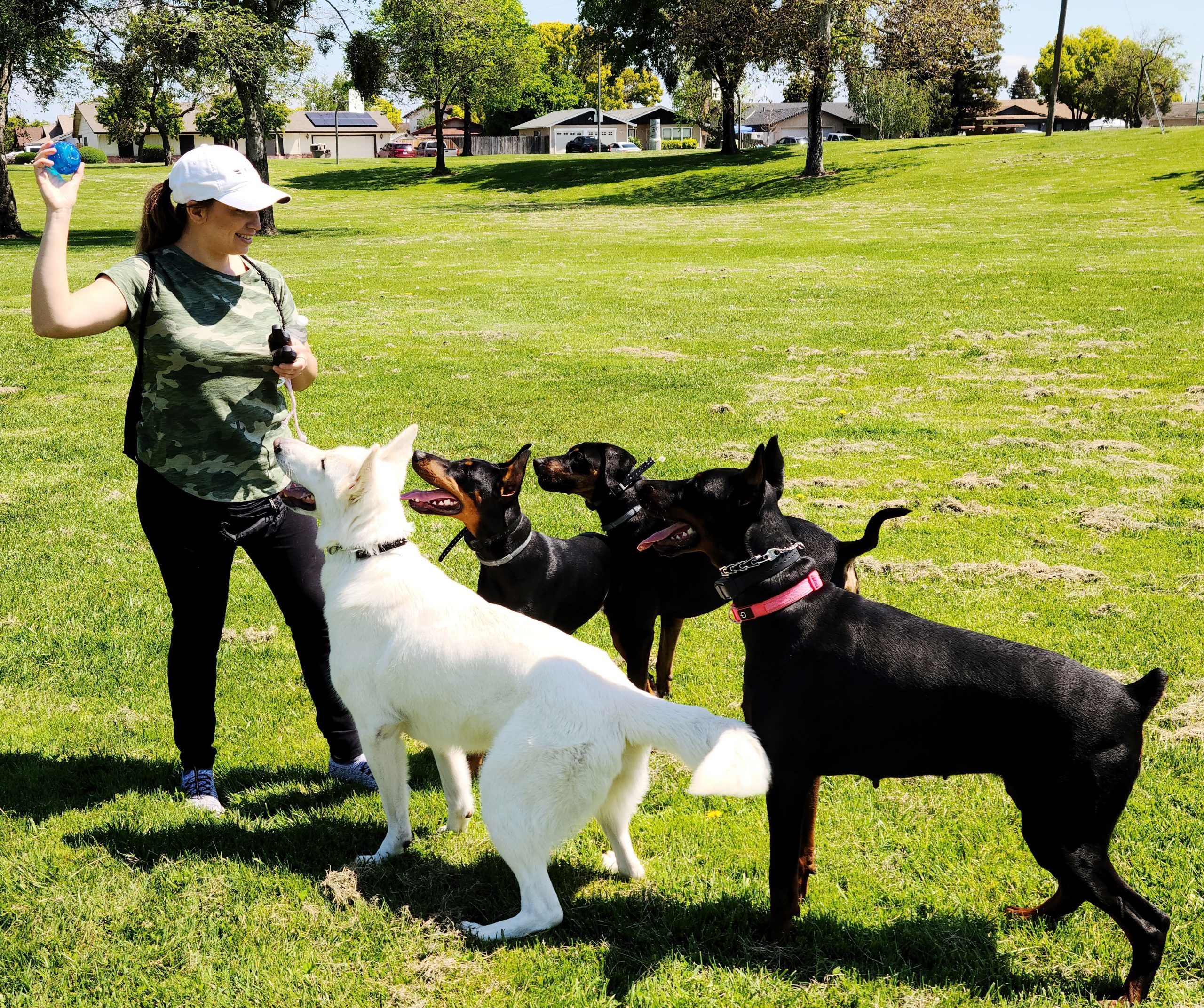 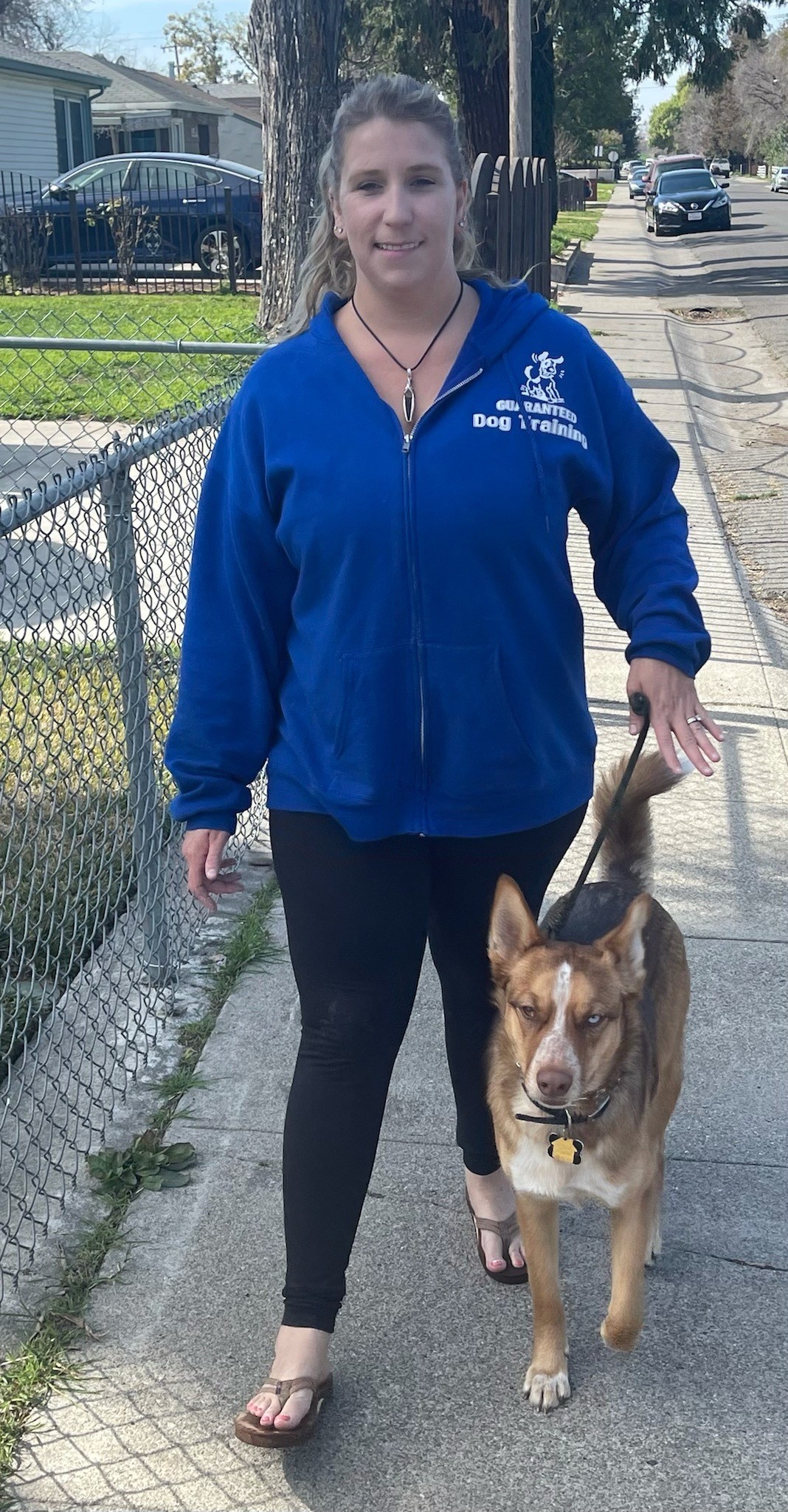 Despite loving dogs her whole life, Jolene never had one.  However, she was resourceful. When very young, She began walking neighbors dogs. This wasn’t a lesson that slipped by as Jolene learned just how enriching dogs can  make your life. This has forever imprinted what a commitment a pet can be.

Years flew by and life changes found Jolene with her own family. Now she could have a dog. In 2021 with her kids home, the search for a dog to complete their family began.  No hasty decision were made as this was well thought out and researched.  A trip to the local shelter and the perfect dog for them was found.

Neither Jolene or her new dog had any training or experience.  As overwhelming as that can be, she reached out to Janet at Guaranteed Dog Training for help. And help was given. Training for the pair began. As Jolene would say ‘the help and training changed our lives’.

After taking a couple classes and private lessons, Jolene was hooked. She wanted to learn and to help teach so she became an apprentice.

Helping people learn to communicate with their dogs is her goal. She now  assists with the beginner classes and works with Janet on basic training.

Her journey with Guaranteed Dog Training continues as she learns obedience, agility foundation, socialization and confidence.  This has all given her an incredible bond with her canine partner. 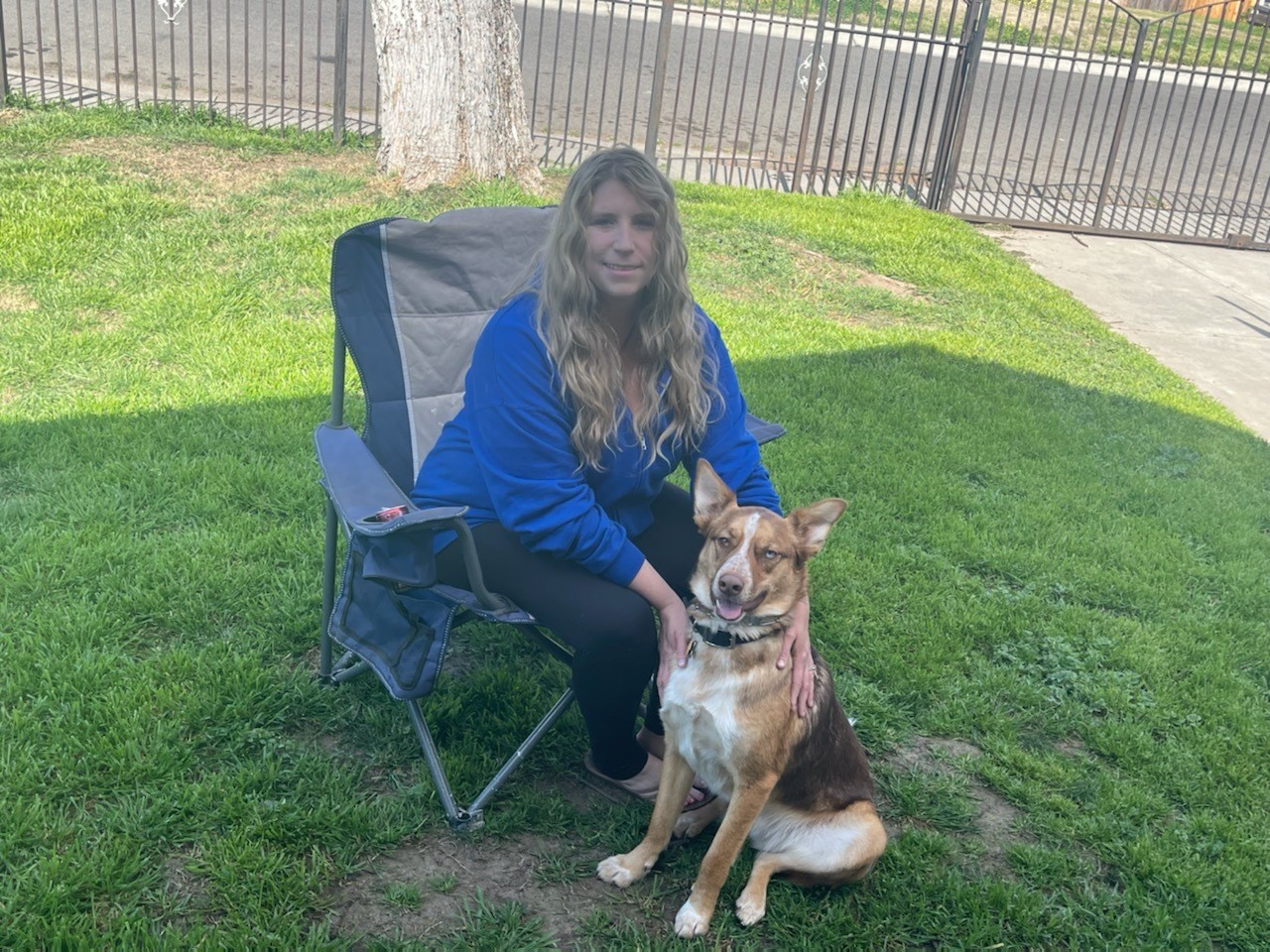 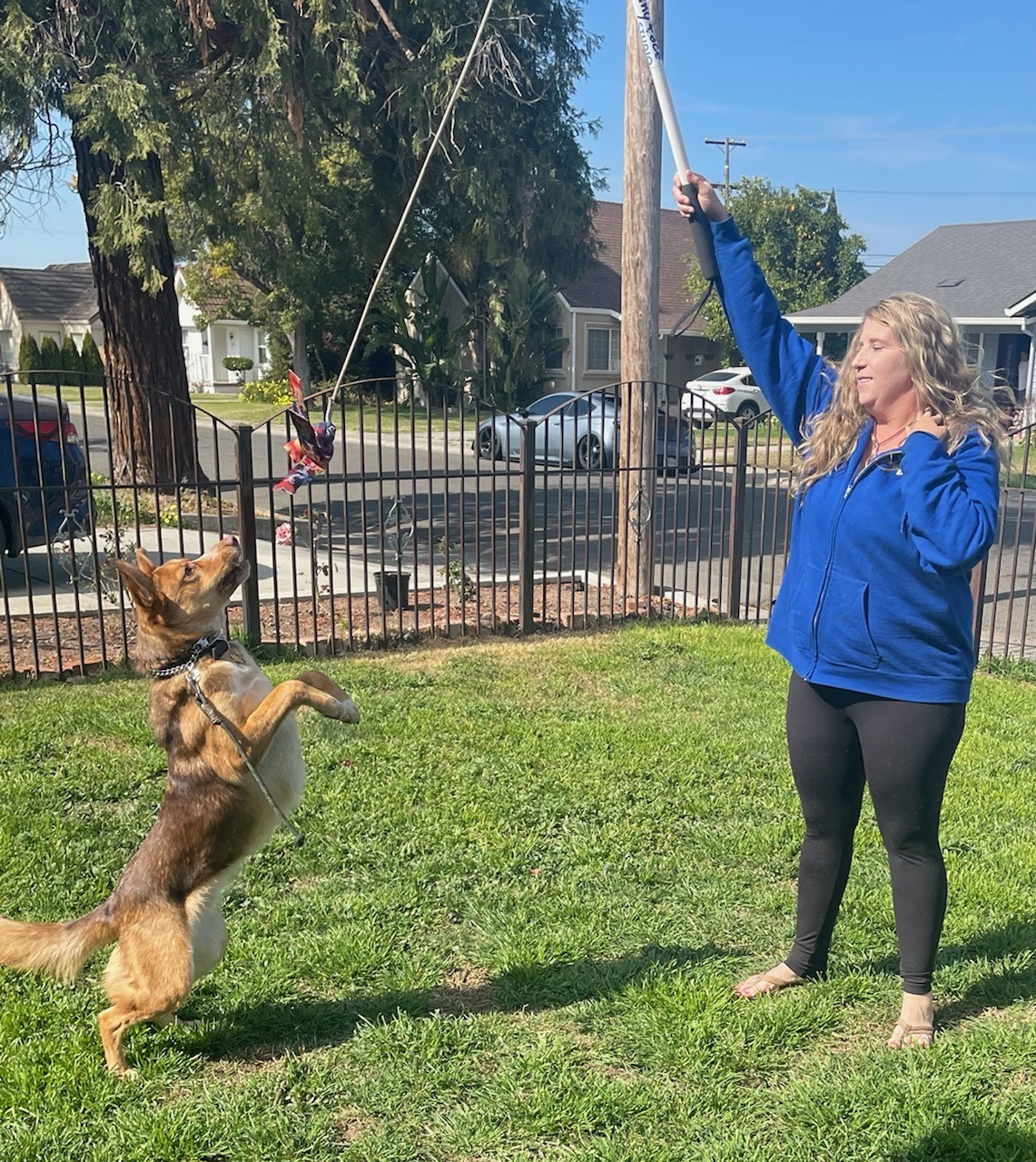 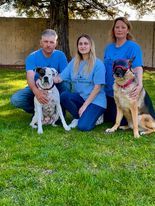 Meet Tonya, she is a lover of all animals especially cats and dogs, with a lifelong natural love and ability to work with dogs.

Tonya, her husband Dan and their oldest daughter Bryanna all have a special love for socializing dogs, but before coming to Janet at Guaranteed Dog Training they had no formal training.

Shortly before the pandemic Tonya’s family adopted a German Shephard Kiara as a companion for their current dog, Patches a Boxer. Unfortunately, the pandemic prevented proper training, so Tonya and her family sought out Janet for professional assistance.

During a private lesson it was recommended to them that they should sign up for group classes.  After completing the beginner and advanced obedience classes several times, Tonya was hooked.

Seeing firsthand just how much the classes and training helped her own dogs, Tonya and her family were eager to learn more about training.

Currently Tonya is an apprentice under Janet working towards becoming a trainer for GDT and loving the challenges. Both Dan and Bryanna are taking a slightly different direction and are volunteering their time as helpers whenever possible. 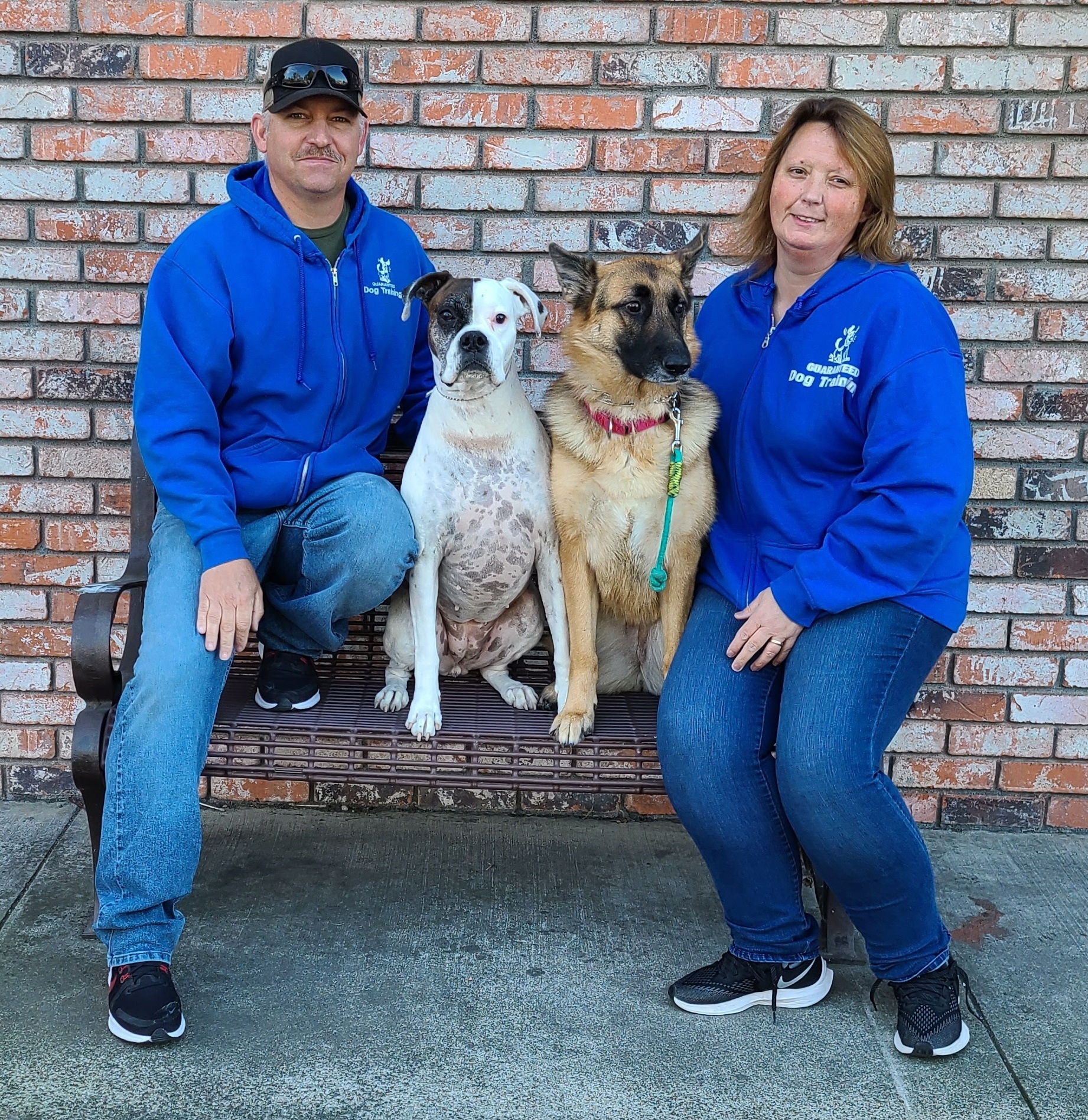 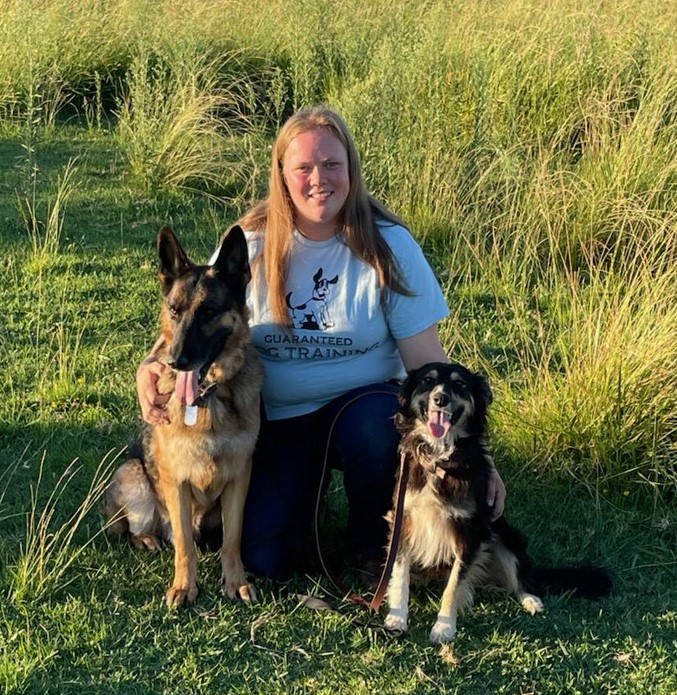 From the age of five, Kim was always at obedience classes watching her sister help Janet.  She learned early that dogs were her future.  She went from Guaranteed Dog Training classes as an observer to helping her sister Debbie (a GDT instructor) at nonprofit dog/cat rescues.

Finally getting her own dog, Kim was ready to begin on her own in classes.  She chose Guaranteed Dog Training because of the influence she felt from Janet.  Knowing that GDT offered obedience, socialization and was highly reputable, she was set.

After completing obedience classes it was apparent that there were positive changes in both she and her dog. Little did she know, her journey had just begun,  then Kim participated in agility and various other classes and now also works in Janet’s office and helps assist at agility.

Kim is very calm and patient with both dogs and people.  This combination is awesome!  She sets goals and gets them done.  With Janet’s influence she will go far and make big differences.

Look for Kim at classes learning to be hands on trainer! 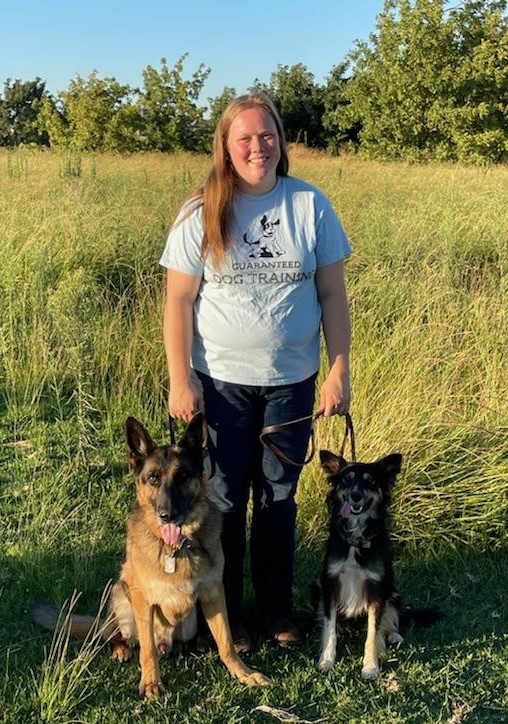 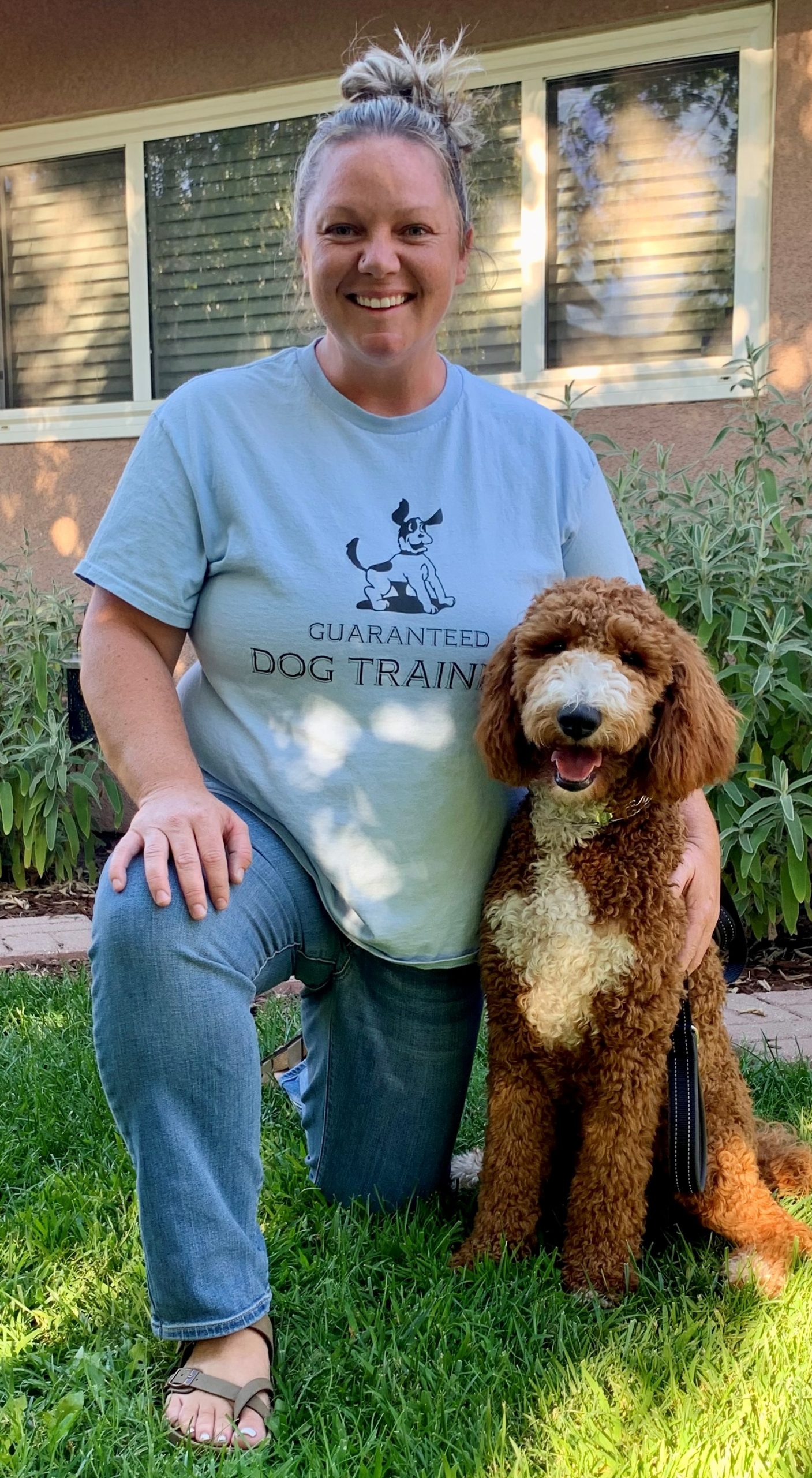 Jackie has turned ‘stay at home mom’ into a new position. She has taken on the role of ‘mom the trainer of new family dog’ and ‘trainer in training’.

Completing beginning and moving on to advance obedience gave Jackie the tools she needed. In fact, she was hooked!  She is now in training with Janet to learn to become a trainer.

Her goal is to keep her dog a well-mannered companion.  Jackie has seen and learned what positive training methods can do. She loves coming to classes to help and gets inspired and excited watching dogs and owners learn and succeed. 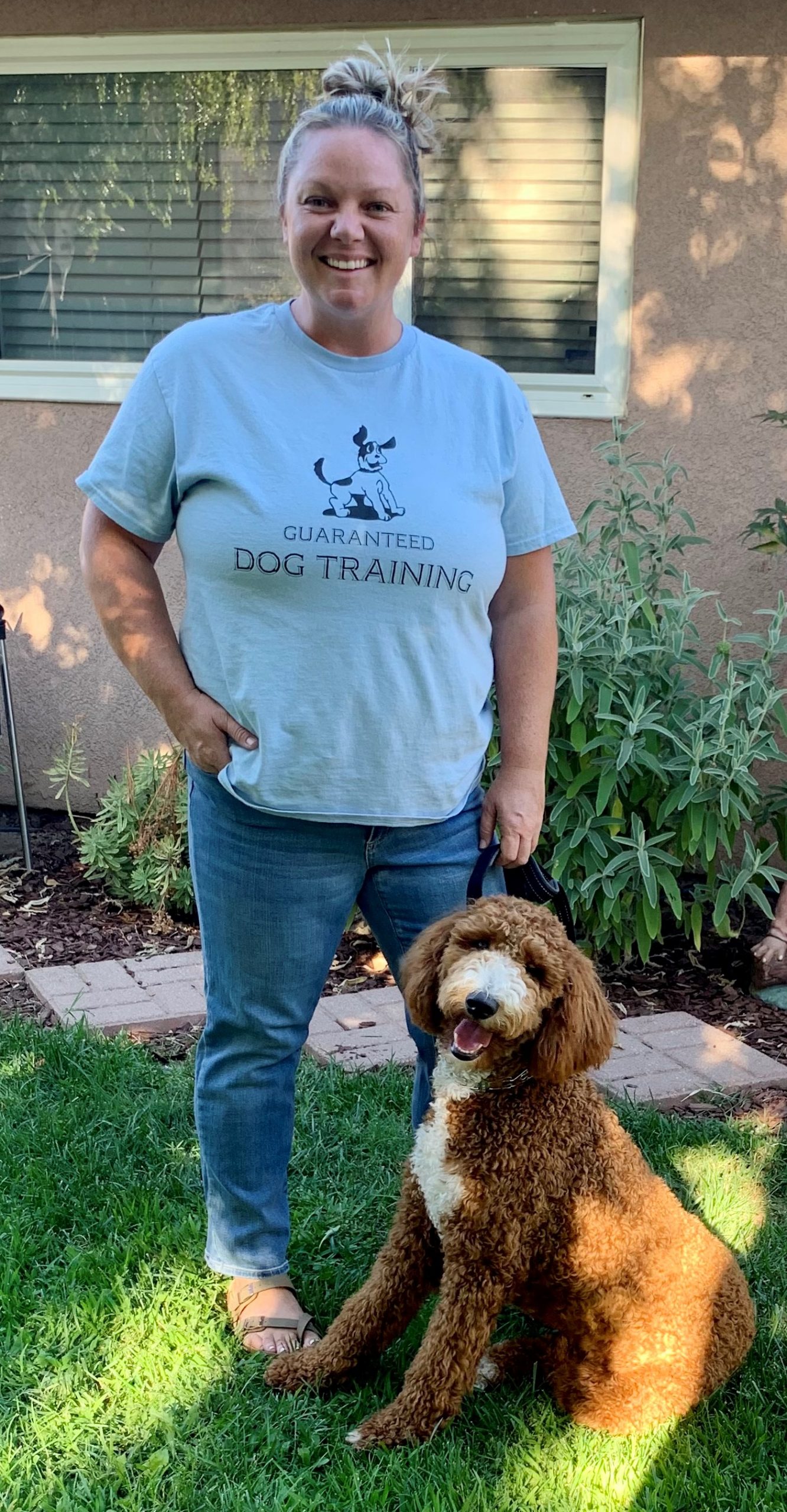